Curiosity got the better of me and I simply had to visit that stretch of the Baden-Powell trail I hadn’t yet covered. Well, turns out I wasn’t missing anything! And looking at the map, I realized that the only stretch I hadn’t hiked was really just the couple of km of suburban wanderings between Cleveland Dam and Brothers Creek. Really, I wouldn’t bother again, and I would highly recommend that anyone thinking of hiking this section should start at the Brothers Creek trailhead. 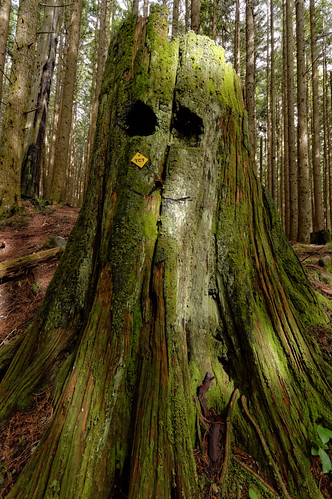 I hiked up from the dam and followed B-P until it reached the Crossover Trail (where I hit some icy snow). There were some nice-sized trees up in this area. I then took Crossover back east, across Brothers Creek itself to reach the little picnic table on the fire road. I walked down the road for a while before picking up the Ballantree Trail which looped around the rejoin B-P on Craigmohr Drive/Road. While I’m on the subject, I would avoid Ballantree as well: mostly an old skid road through desolate second growth. Bleugh.

The trail was easy to follow, tracing the power lines up the hill into the forest. Expect lots of steps, and lots of house construction noise. It’s not a peaceful walk. Only once you climb up towards the point where the Brothers Creek fire road joins does the noise recede and a sense of tranquility returns. There wasn’t much mud, though of course it’s the North Shore: that doesn’t mean it’s dry. The only other person I met was a commercial dog walker, who did an excellent job of keeping her dogs under control as I went by.

There’s a big construction project going on at the dam right now so parking is reduced. It’s damn noisy too (pun intended). 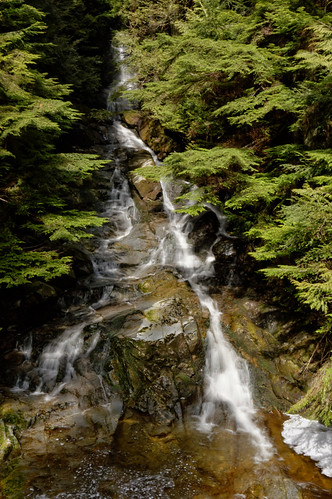