Another sunny day, another easy shoulder-season hike. Once again it was hard to believe it was February – that is until we began our return journey and found ourselves walking into a chilly breeze. Brr. But the sun was warm and the views of the Tantalus Range were grand. The Cheakamus River is quite low at the moment. Unlike previous visits, we encountered no trains. The dodgy chicken-wire section still feels airy :-) 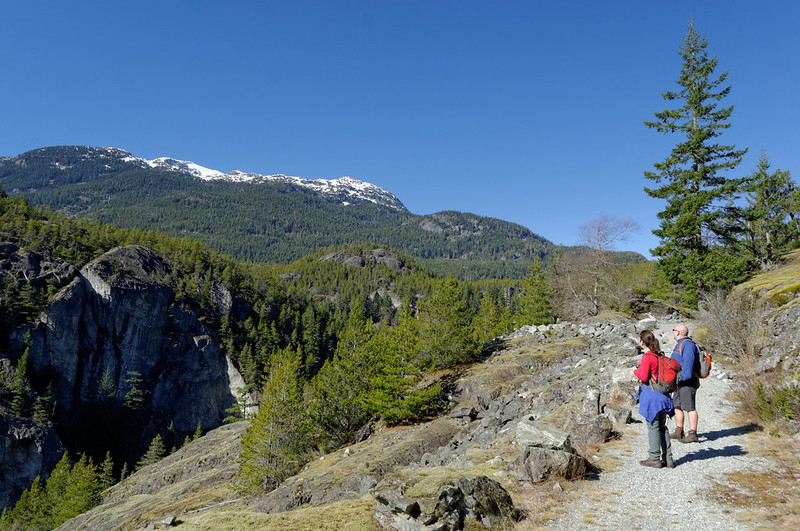 This trail has been upgrade significantly since I last hiked it back in 2007. The surface (at least north of the railway track) is now hard-packed gravel, designed for easy travel by bike. I don’t mind that too much, but now the trail feels like it could be in Stanley Park. A couple of sections have suffered greatly with all the recent rain and the trail has has deep channels etched into it. However, my biggest gripe is that one of the few interesting features of the trail has been obliterated by the upgrades. There used to be a section of exposed columnar basalts just before the climb up to Starvation Lake. Those are now covered over by 20 cm of gravel. There is no evidence of their former existence anywhere. I understand why it was a good move for bikes as those rocks were usually quite slick, but it seems a shame to bury such an interesting feature. Hmph. I also noted that the old ski-tip trail sign had been thrown into the bushes. Pity someone couldn’t have pinned it back up. 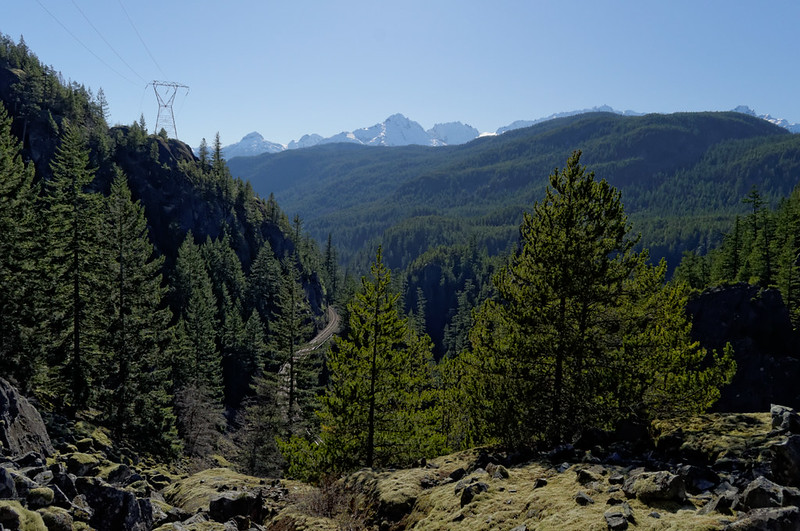 If you are thinking of biking it, just be aware that hikers or climbers may be on the trail as well – a few of the downhill sections have blind corners. Similarly for hikers.

A Honda CR-V can make it all the way to the end of the road at the moment, not much mud to contend with and few rocks. A lower-clearance vehicle could probably do so with care, but it’s probably not worth it as you only save 5 minutes of walking each way.