No views today, but a nice way to extend the BCMC trail. And who can complain about having a trail to themselves? I encountered one other person on this loop who looked as surprised as me to run into another hiker.

The Grind was closed (and let’s face it, why would you do the Grind anyway), so how about the BCMC trail as a short-n-steep cardio workout? It’s been a couple of years so my memory has dulled just enough to make me want to try it again :-) 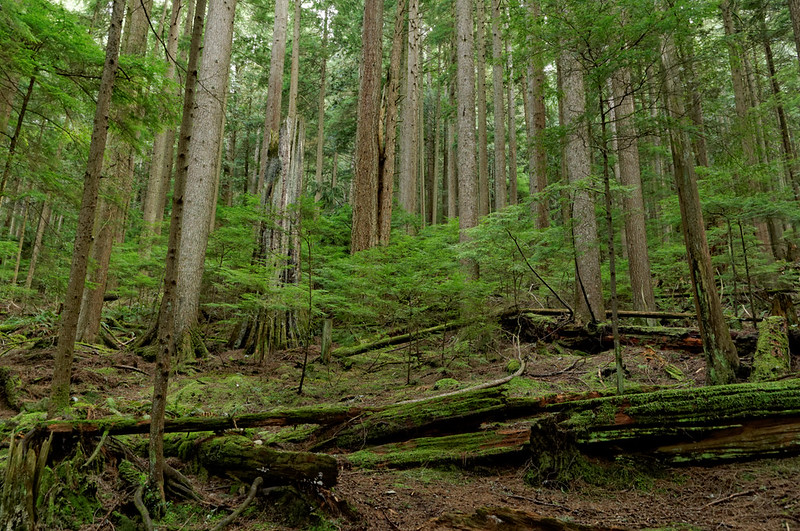 The BCMC trail was pretty bad as usual, and yet somehow it didn’t seem that bad. Maybe my idea of what constitutes a trail has changed over the years. It was steep, and ill-defined at times but there were plenty of markers and the route was obvious.

Patchy snow began around 910 m, and was compacted and icy by about 1000 m. Yak Trax or similar would have been a good idea…

The trail on to Dam Mountain was clear to the grizzly enclosure – where the two bears were enjoying a bit of rough and tumble – after which snow was continuous. The trail was clear enough up to the summit, following what used to be called the Pacific View trail in the winter. From the summit, the compacted trail continued north along the summer route for a hundred metres or so before ending. I carried on – using the GPS – to pick my way down to where the “Alpine Trail” (aka the Goat/Crown trail) skirts around Dam and followed it back to Grouse. 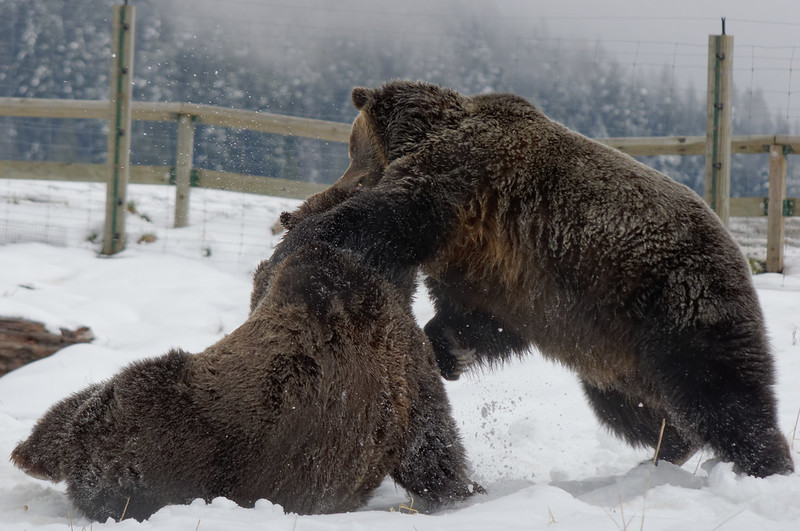 Snowshoes weren’t necessary, nor even Yak Trax unless venturing off trail. The snow was dense and wet, which made it easy to make steps where necessary. At times I was postholing up to my knees (which was chilly in shorts). My best guess is that the snow is less than a metre deep, even on the north-facing slopes.