For the third (and probably final) instalment of my reflections on 2019’s adventures I thought I’d mention my favourite wildlife sighting of the year. Unlike the hundreds (and maybe thousands) of flowers admired over the past 12 months, our wildlife sightings have been much rarer. (Provided the mosquito encounters are excluded…!) While we had nothing to match last year’s grizzly bear at breakfast, we did have a few wonderful encounters and sightings.

Bear sightings are always a treat, and this year we saw only three – one on the Callaghan Valley road in July, and two from the Whistler gondola on our descent from the Roundhouse in August. And what different bears they all were! One was black, another cinnamon, and the third had a spectacular blond mane. Our nearest grizzly encounter was following some fresh paw prints in the mud in September. 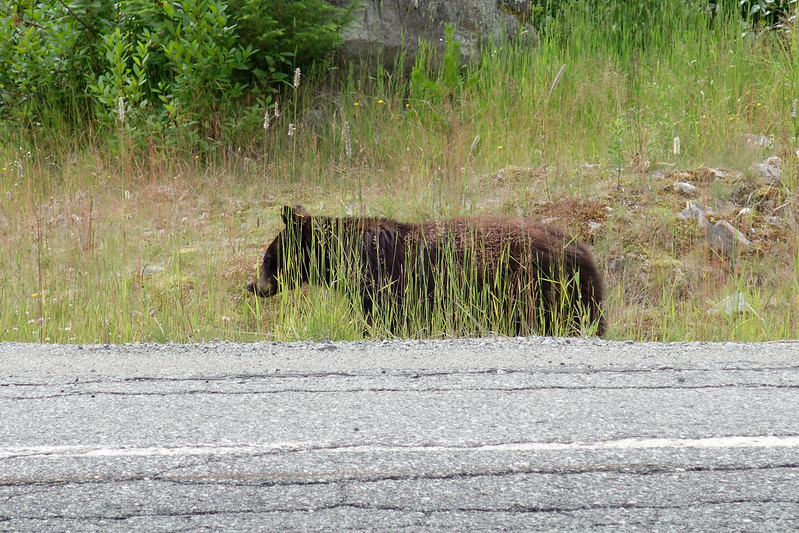 Pikas are another favourite animal to spot, and we had a great sighting in Manning Park where a couple of them were bold enough to venture out onto the boulder field on which we sat eating our lunch and admiring the view over the lake. Later in the year we were surprised to hear and then see pikas on the Mount Seymour trail. Neither of us can remember seeing them before on the North Shore, so that was a nice treat. 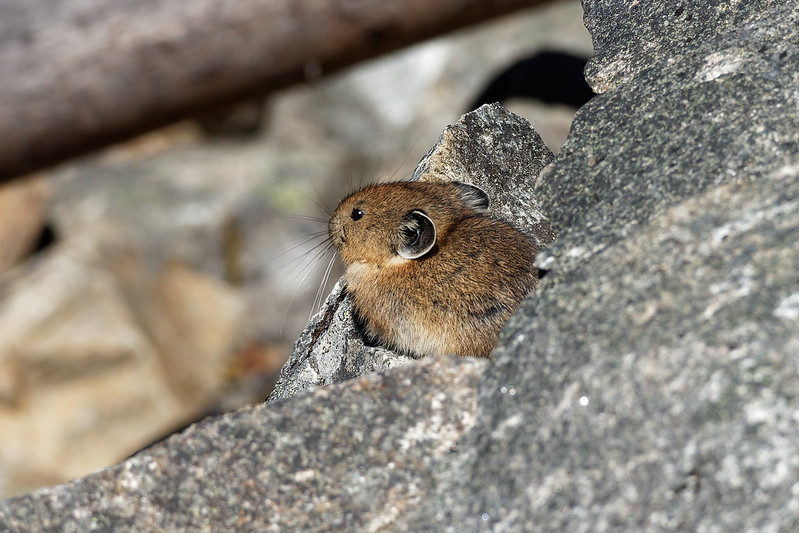 Other sightings included a pair of mountain goats in the distance on the way up to Wedgemount Lake, a weasel on Nub Peak, and we watched a sea lion devouring what looked to be an octopus near Lighthouse Park.

But our favourite moments, the ones that really stood out over the year, were the two prolonged encounters where our presence was tolerated or even accepted. To that I’ll also add two moments where we heard wildlife at night, but otherwise saw no sign.

A very honourable mention must go to our very first moose sighting as we sped along Highway 1 in Banff National Park. Even at 90 km/h, the plodding gait and distinctive profile of the huge male was obvious. We were absolutely over the moon, but it was over in a few seconds and we were left marvelling at the sight of it.

So of those few encounters, we have pictorial evidence of only one. Perhaps we’ll have better luck in 2020!

4 thoughts on “Reflecting on 2019: an encounter with wildlife”